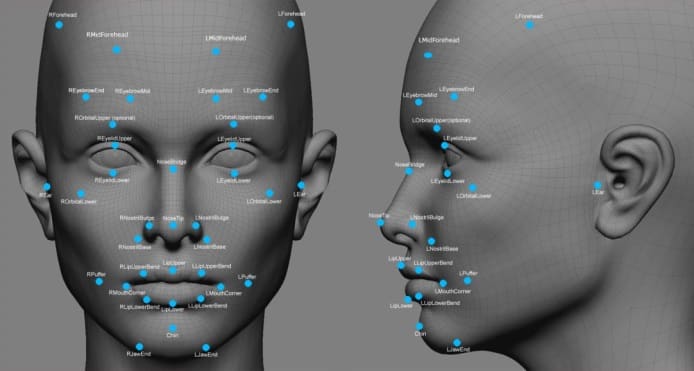 Surveillance using CCTV in public spaces is becoming more controversial following the admission that automatic facial recognition (AFR) technology is being increasingly used which critics believe is an invasion of privacy.

Guiding Principle 2 of the Surveillance Camera Code of Practice states that: “the use of a surveillance camera system must take into account its effect on individuals and their privacy, with regular reviews to ensure its use remains justified.”

In this respect the use of CCTV is subject to the respect for private and family life set out in Article 8 of the European Convention on Human Rights (ECHR) now enshrined in UK law. In its guidance on the code the government stated that: “Any use of facial recognition or other biometric characteristic recognition systems needs to be clearly justified and proportionate in meeting the stated purpose, and be suitably validated.”

Liberty calls for a ban on facial recognition use

The campaigning group, Liberty, is calling for a ban on the use of facial recognition. A Cardiff resident, Ed Bridges, represented by Liberty, challenged South Wales Police on its use at a judicial review in May. In the subsequent judgement handed down in September the High Court said use of the technology was lawful but accepted that people’s privacy rights were interfered with and said 500,000 people may have been scanned by South Wales Police.

Responding to the court ruling Tony Porter, the government-appointed Surveillance Camera Commissioner, said he would consider the judgement carefully.

“I was reassured to note the court’s recognition of the Surveillance Camera code of practice (SC Code) and section 33 of the Protection of Freedoms Act 2012 as key elements of the legal framework for the use of AFR. I was further reassured by the acknowledgement that the guidance which I have produced to assist Chief Officers in working within the principles of the SC Code is also a key element of the framework. I will revisit this guidance in light of the court’s observations,” he said.

Meanwhile complaints about the use of facial recognition technology in the King’s Cross area of London, have led to the Information Commissioner Elizabeth Denham, launching an investigation into its use.

Commenting on this investigation last month she said: “I remain deeply concerned about the growing use of facial recognition technology in public spaces, not only by law enforcement agencies but also increasingly by the private sector. My office and the judiciary are both independently considering the legal issues and whether the current framework has kept pace with emerging technologies and people’s expectations about how their most sensitive personal data is used. Facial recognition technology is a priority area for the ICO and when necessary, we will not hesitate to use our investigative and enforcement powers to protect people’s legal rights.”

Earlier in the summer Tony Porter called for an independent review to be commissioned and conducted of the statutory and regulatory framework which governs the investigatory power of overt surveillance camera use by the state. In a blog published at the end of July he said, “The growing capabilities of overt surveillance technologies, the proliferation of cameras in society, the increasingly crowded regulatory space and the voices of concern are such that these matters are increasingly ‘a question of trust’ for society.”

He argued that, “some overt surveillance camera applications whether in themselves or combined with other technologies are so progressively intrusive in their capabilities that they can be the equal of some covert surveillance activities in terms of the intrusion caused.

“I really do believe that it is time government recognised overt state surveillance as being an investigatory power rather than simply a data protection issue,” he concluded.

Ecl-ips is a well-established CCTV provider. We are also committed to adhering to best practice in respect of CCTV installation. Gaining NSI Gold status recently demonstrated our determination to achieve the highest standards that we can reach as a security company. If we can help you develop a CCTV system, , or indeed audit your existing system, please feel free to contact us.