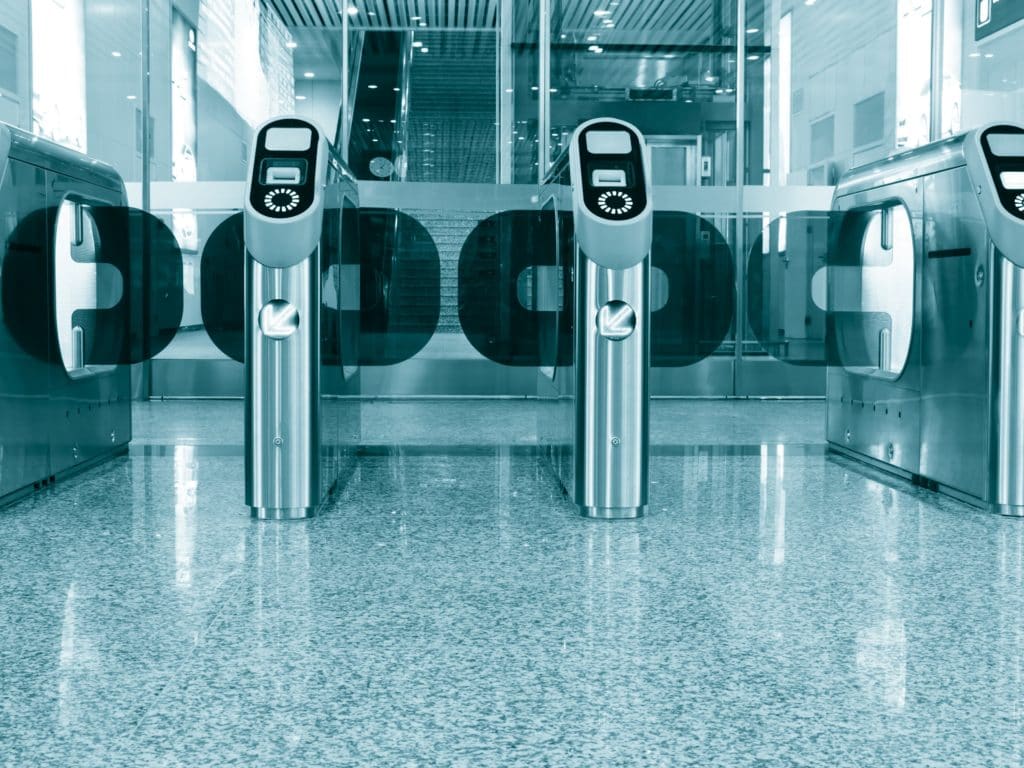 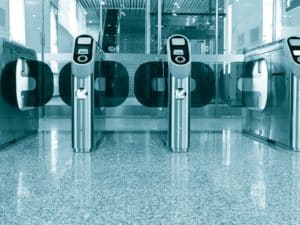 Centrally controlling authority to access your building or secure rooms within your business can be made easy and instant by installing an electronic access control system.

Electronic Access Control Systems have many advantages including the ability to monitor real time activity, on site and remotely off site. There are a variety of ways for you to gain access, the most commonly used is the fob or smart card, however biometric technologies include fingerprint, facial recognition, iris recognition, retinal scan and voice, which are also available.

The advantages of using an electronic access control system include:

We are frequently asked about power failure and how it can affect the electronic access control.  Where possible we install Power over Ethernet systems and install uninterruptible power supply (UPS) which will support the required number of access points with the correctly calculated power demand to cover your business needs and keep your mind at peace.

Access control is the ability to permit or deny the use of a particular resource by a particular entity. Mechanisms can be used in managing physical resources (such as a cinema, to which only ticket holders should be admitted), logical resources (a bank account, with a limited number of people authorised to make a withdrawal) or digital resources (for example, a private text document on a computer, which only certain users should also be able to read).

An access control point, which can be a door, turnstile, parking gate, elevator, or other physical barrier where granting access can be electrically controlled.
Typically the access point is a door. An electronic access control door can contain several elements. At its most basic there is a stand-alone electronic lock. In larger applications involving more than one door, electric strikes or magnetic locks are used. The lock is unlocked by an operator with a switch. To automate this, operator intervention is replaced by a reader. The reader could be a keypad where a code is entered, it could be a card reader, or it could be a biometric reader. Readers do not usually make an access decision but send a card number to an access control panel that verifies the number against an access list.

To monitor the door position a magnetic door switch is used. In concept the door switch is not unlike those on refrigerators or car doors. Generally only entry is controlled and exit is uncontrolled.

In cases where exit is also controlled a second reader is used on the opposite side of the door. In cases where exit is not controlled, free exit, a device called a request-to-exit (REX) is used. Request-to-exit devices can be a push button or a motion detector. When the button is pushed or the motion detector detects motion at the door, the door alarm is temporarily ignored while the door is opened. Exiting a door without having to electrically unlock the door is called mechanical free egress. This is an important safety feature. In cases where the lock must be electrically unlocked on the exit, the request-to-exit device also unlocks the door.

If you are looking to enhance your security systems and improve safeguarding for all those on your site but also want to provide easy access for them then the electronic access control solutions from Paxton will help. Paxton Access aims to design and manufacture intelligent and innovative electronic access control products and its solutions are simple for those managing access to businesses, schools, colleges and other organisations as well as the users themselves.

Avigilon access control solutions range from basic systems to those that provide the flexibility and performance you expect from a technology-driven security company. All systems are 100% browser-based and require no software installation, and are fully integrated with the Avigilon Control Center (ACC) video management software, so they are ready-to-go with minimal fuss. The engineers are trained in Avigilon CCTV and its access control solutions as well as the ACC software.

Videx is able to create unique systems to meet your access control requirements because an off-the-shelf solution is not always suitable. Videx manufacture and provide a wide range of door entry systems from audio and video solutions to GSM, concierge and biometric readers which each carry specific features to meet your access and security obligations.

If you are extending access control to the rack level the APC Rack Access Control solution should provide you with peace of mind. This uses the NetBotz 250 appliance plus a handle kit to enable remote lock/unlock capabilities and badge access privileges for IT enclosures.  APC’s Rack Access solution scales easily and can be used for most brands of IT enclosures. Access is granted through the use of proximity cards or a Web interface.

Ecl-ips can provide your business with a range of access control solutions and integrate this with our CCTV systems too. For advice on developing integrated security systems  contact us.

An access control point, which can be a door, turnstile, parking gate, elevator, or other physical barrier where granting access can be electrically controlled.

Access control allows you to manage your buildings more effectively and keep them more secure. They give you the ability to monitor people entering buildings, or parts of your site both if you are on site or off site via remote access.

Our main access control partner is Paxton Access Control, a UK manufacturer, but we also offer solutions from Avigilon, Videx and for access control within IT spaces we have the APC Netbotz solution.

What are the main access control solutions from Paxton?

Can you integrate access control with other security solutions?

We use cookies to help us improve this website. If you continue to use this site we assume that you are happy for us to do so. Find out moreOk