Aim to protect sensitive sites in the UK 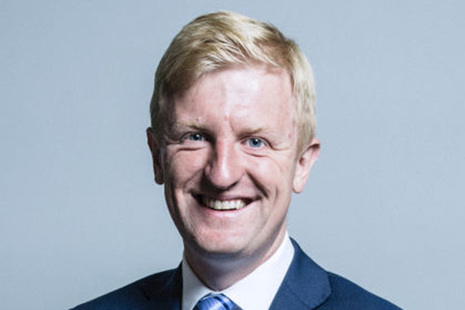 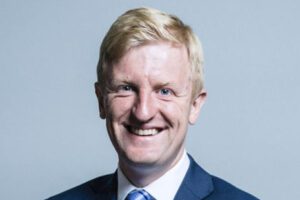 Alicia Kearns MP, Conservative Chair of the China Research Group and of the Foreign Affairs Select Committee has welcomed the decision by the government to ban the use of Chinese-manufactured CCTV on its sensitive sites.

News of the decision to instruct government departments to stop installing CCTV equipment manufactured by Chinese companies came in a written statement from the Chancellor of the Duchy of Lancaster, Oliver Dowden (Pictured).

Explaining the government’s action Dowden stated that, “the Government Security Group has undertaken a review of the current and future possible security risks associated with the installation of visual surveillance systems on the government estate. The review has concluded that, in light of the threat to the UK and the increasing capability and connectivity of these systems, additional controls are required.

“Departments have therefore been instructed to cease deployment of such equipment onto sensitive sites, where it is produced by companies subject to the National Intelligence Law of the People’s Republic of China.”

The National Intelligence Law was enacted in 2017 is described by legal experts as obliging its citizens but also foreign citizens, companies, or organisations operating in China to provide access, cooperation, or support for Beijing’s intelligence-gathering activities – effectively spying for China.

Dowden said that government departments were also advised not to connect Chinese-manufactured CCTV to departmental core networks should also considered whether there was a cyber-security risk to installing them in areas that were not necessarily defined as sensitive sites.

While Kearns supported the government action she said it needed to go much further and urged for the removal of Chinese-manufactured CCTV from all government and local authority sites.

She added, “This should now be backed up by a new procurement framework that not only excludes suppliers facilitating systematic persecution – but also provides alternatives to tech companies that have the potential to transfer UK citizens’ data into the hands of authoritarian regimes.”

As noted in our blog last month the Public Procurement Bill is now going through parliament. It was introduced into the House of Lords in July and is scheduled to have its third reading there this month before moving onto the House of Commons.

This Bill aims to provide the clearer framework for the public sector to make more considered and ethical choices when buying decisions are made, as demanded by Kearns. Demands for government to scrutinise Chinese technology companies that manufacture CCTV has increased in the past year because of their alleged involvement in surveillance of human rights abuses, centred around the treatment of the Uyghur Muslims in the Xinjiang region of China. However, there are also concerns around high level of ownership of these companies by the Chinese communist state and the impact the  Chinese National Intelligence Law has on these companies.

Campaign groups Big Brother Watch, René Cassin Stop Uyghur Genocide, Free Tibet and Hong Kong Watch joined forces with 67 cross-party MPs and members of the House of Lords, to call on the government to ban the sale of Hikvision and Dahua CCTV cameras in this country this summer.

They signed a pledge which stated: “We call for a ban on the sale and operation of Hikvision and Dahua surveillance equipment in the UK and condemn their involvement in technology-enabled human rights abuses in China. We call on the Government to commission an independent national review of the scale, capabilities, ethics and rights impact of modern CCTV in the UK.”

Biometrics and Surveillance Camera Commissioner: Chinese-owned companies can not be trusted with sensitive surveillance

Meanwhile, the Biometrics and Surveillance Camera Commissioner (BSCC), Fraser Sampson, has also been raising the issues about human rights abuses with Chinese-owned CCTV companies and repeated his concerns with government ministers. In his role of encouraging compliance with the Surveillance Camera Code of Practice he has urged the public bodies such as local councils and police forces that are bound by the code to consider ethical considerations in their CCTV procurement.

Writing in a blog the BSCC said, “The announcement on 24 November is the first public acknowledgement by the government of what security professionals have known for some time: that these companies can’t be trusted with sensitive surveillance functions.”

He called the situation for central and local government as well as other public sector organisations “digital asbestos” as these CCTV systems had been widely installed by a previous generation largely on the basis that they were cheap and got the job done but now the significant risk of installation was known the BSCC advised that they should stop installing any more until we understand the depth and breadth of those risks. Sampson said that public bodies should now set out a timeline for assessment and removal or replacement where appropriate. He also provided a framework for local authorities and police forces to consider what would be a sensitive site so they could follow the approach taken by central government.

We can provide alternative CCTV options

We have two main CCTV partners, Avigilon and our newer cloud-based offering from Ava Security. Both allow us to offer advanced surveillance on secure systems. Additionally, we are NSI Gold accredited as well as IASME Governance Standard and Cyber Essentials Certified. This demonstrates to customers not only do we install CCTV of the highest quality to the best standard we also have a high level of cyber security; are taking good steps to properly protect our customers’ information and thus are meeting the latest data protection rules.

If you are a public sector organisation that would like support to select an alternative CCTV solution, please contact us.