Regency High School gives us their stamp of approval 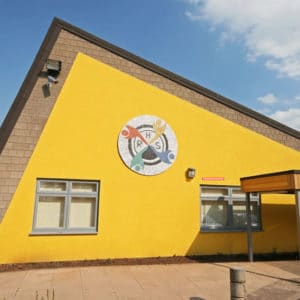 Security in schools is vitally important and keeping children safe is a high priority. Kevin Beck, Site Manager, at Regency High School in Worcester has recorded a video testimonial for Ecl-ips which we hope will demonstrate to you the range of CCTV solutions we can provide. This is particularly important for Regency which caters for students aged 11-19 years with a range of additional needs including moderate, severe and profound learning disabilities, physical and medical needs, and sensory impairment.

We were delighted that in the video Regency praised us for our first class service as well as being “professional, knowledgeable and helpful”.

Before the involvement of Ecl-ips the school’s CCTV system was being maintained by an external contractor but Kevin Beck, Site Manager for Regency knew it needed improvement. Regency had existing Mobotix IP cameras and Bosch analogue cameras. Ecl-ips are an authorised Mobotix partner and were introduced to Regency as a possible alternative partner however, it soon became apparent that with the requirement for new cameras a new solution needed to be found.

Having met with Kevin Beck and Ash Hall from Regency the Ecl-ips  engineers were able to understand the issues the school faced and establish what they were trying to achieve from their surveillance system, which was to primarily discourage crime and anti-social behaviour and also to safeguard the staff and pupils. A thorough audit of the existing system was able to establish its limitations and meant we were able to recommend a solution that would meet their security needs and fit their budget.

Ecl-ips proposed installing an Avigilon HD Network Appliance which has Avigilon Control Center (ACC) preloaded and configured which allows for plug-and-play network video recording and management of multi-megapixel IP cameras.  This would make it far easier for Regency to review images and retrieve information quickly. Within the proposal Ecl-ips integrated the existing Mobotix IP and Bosch analogue cameras into the new system. The ACC Appliance and software allows searching via a single workstation or up to five workstations. This means the time spent searching for valuable footage is reduced and the system allows access via mobile devices.

This vandal-resistant and sleekly-designed camera has two models with 6MP and 12MP resolution and can be ceiling or wall mounted.  It is based on the H4 platform which means superior image quality, a faster processor and better bandwidth management than previously offered.  The displayed image has no blind spots with a 360 degree panoramic view and has light catcher technology to provide clear, colour low light images. The content adaptive infra red illuminates dark images to provide enough light without providing too much reflection in the image.

Regency High School has now got one integrated CCTV system, which means all three types of cameras can be viewed on one device, making them easier to manage. This system is working perfectly for their needs now and can grow in the future. We continue to work for Regency by providing ongoing support and maintenance of the CCTV system. To find out more take a look at the Regency case study.