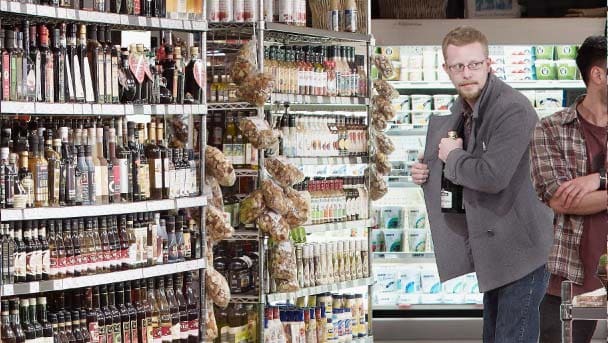 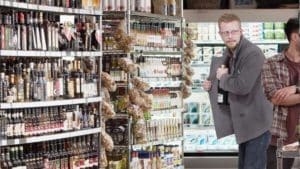 The annual British Retail Crime Survey, published on 5th March by the British Retail Consortium (BRC), revealed that retailers are now spending a record £1.2 billion on crime prevention. Meanwhile, the losses from retail crime have climbed to £1.0 billion, which includes over £770 million from customer theft.

Writing in the report’s foreword, Helen Dickinson OBE, Chief Executive of the BRC, said: “This represents resources that could be better put to use investing in improved services for customers, hiring and training staff, or opening new stores. It is also a heavy burden to bear at a time when retail margins have been squeezed by a combination of rising costs and weak demand.”

Ms. Dickinson said: “Over 400 retail workers are subjected to violence or abuse in the workplace every day. These are not just statistics; these are real people who work hard for millions of customers every day. From abuse, to threats, to violence, those affected carry these experiences with them for a lifetime.”

The BRC is lobbying Parliament to introduce legislation that would make assaults on retail workers a specific criminal offence. This is combined with calls for police forces across the UK to prioritise retail crime and improve their response to incidents. Money raised from retail crime is often used by criminal gangs to fund other criminal activities. The BRC would like to see some of the additional net 20,000 police officers promised by the government in the next few years being asked to focus specifically on retail crime.

The survey found that industry views of how the police deal with retail crime were generally poor, although there was slight improvement on last year’s responses. This year’s survey showed that around 70% of respondents viewed the police response as ‘Poor’ or ‘Very Poor’, down from 80% in the previous year’s survey. Around 25% see the response as ‘Fair’, comparable with last year, and 5% as ‘Good’, up from 0% last year.

John Campion, West Mercia Police and Crime Commissioner backed the calls for more government and police action. “No one should have to feel worried about going to work. The increased violence and abuse these retail workers are facing should not be tolerated and more needs to be done.”

“I hope to see the Government respond positively to the calls for this crime to be recognised as a specific criminal offence. On a local level, I will continue to work with the police and partners to ensure the appropriate measures and resources are in place to prevent incidents like this from happening.”

The government launched a call for evidence on violence towards shop workers in April last year, with a view to introducing legislation to protect employees in the retail sector.

In February this year Alex Norris the Labour (Co-op) MP for Nottingham North, asked the Prime Minister, Boris Johnson, if he would commit to publishing the government’s response to the call for evidence.

Boris Johnson replied then: “I certainly will make that undertaking to the hon. Gentleman. I am glad that he has raised this matter. We should not tolerate crimes of violence against shopworkers or indeed anybody else….”

However, the BRC in its report noted that the Call for Evidence closed in June 2019 and that on 4th March 2020 it would have been 250 days since the Call for Evidence closed. Responding to the consultation, more than 50 of its member chief executives, alongside a number of senior retail industry figures, signed an open letter to the Home Secretary and Secretary of State for Justice.

The letter was annexed to the British Retail survey report. In that letter the signatories said: “There is no scope to kick the can down the road by waiting for a further consultation – the [suggested] actions….. must be agreed to…. turned into a proper plan and delivered rapidly…”.

The BRC urged the Home Office to publish a much-needed response setting out a programme of work and reforms that showed the industry the government took its concerns seriously and is able to help manage them.

While there is no single solution to reducing the rise in crime that is targeted towards the retail sector CCTV can form part of a crime prevention strategy, as well as potentially being used for evidence gathering if a crime has taken place.

CCTV can be an effective deterrent to criminals

As detailed in a previous blog about the use of CCTV in the work-place the Health & Safety Executive says it can help to reduce the risk of work-related violence and crime by:

Frank Woods, retail sector specialist at NFU Mutual, in a blog from the insurer last year, recommended the use of CCTV as part of the retailers’ strategy to fight crime emphasising the need for an advanced system that will produce high resolution images.

He said, “Just make sure that your CCTV cameras are able to actually capture a high enough definition, so you can actually see the face of any individuals in the shop,”

He noted that cloud storage solutions have made storing these images in high definition a lot easier than it used to be. You could also consider having your storage on site. But if you do store images, it’s important you comply with data protection laws. New remotely-monitored systems could be an attractive option for smaller shops or remote outlets with few staff. This would give added security to businesses which are more isolated or that staff are not able to monitor at all times.

CCTV with other measures can reduce retail crime

A good layout of a shop also helps to deter criminals when combined with CCTV which will capture parts of the store that staff at the till can not easily see. Good signage of the CCTV is useful to provide an additional deterrent as well as being necessary for data protection purposes. As noted by NFU Mutual having a screen showing that people are being filmed can strengthen the deterrent.

Additionally, other forms of technology can help such as panic alarms and the use of DNA marking of goods so they can be traced if stolen.

Ecl-ips can provide advanced CCTV and video management solutions to a range of organisations, including those in the retail sector. If you want to know more about how we can help please get in touch.