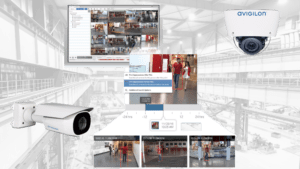 As reported in a previous blog there are growing political and regulatory concerns in the UK about Chinese-owned CCTV companies and signs that more action maybe taken by the government here. However, this follows restrictions that were already placed on them in the US, including in respect of their ONVIF membership.

The National Defense Authorization Act came into effect in 2019 and subsequently HikVision, Dahua Technology and its subsidiary Lorex, were among the Chinese-owned technology companies that were named on the US government’s Department of Commerce, Bureau of Industry and Security, Export Administration Regulations Entity List. The US government’s regulations stop the companies exporting, re-exporting products and technology from the US or transferring any technologies within the US to a foreign person.

ONVIF, the global CCTV camera industry body which aims to standardise IP-based products, also restricted the membership of seven of its Chinese-owned member companies, including HikVision and Dahua Technology in 2019 because of the export ban imposed on them by the US government.

The ONVIF restrictions mean that the companies can not access the group’s online member portal, have access on any new ONVIF software or participate in any of its committees.

There was particular concern about the illicit transfer of intellectual property from the US into China and also the cybersecurity of Chinese companies. Technology transfer could include the copying and sharing of blueprints, drawings, photographs, plans, engineering designs and specifications or computer-aided design files.

Members of ONVIF are committed to an open IP platform

ONVIF was originally founded in 2008 by Axis Communications, Bosch Security Systems and Sony Corporation, but now has a worldwide membership, which includes Avigilon, the North American manufacturer which is the well-established CCTV partner of Ecl-ips. ONVIF membership is open to manufacturers, software developers, consultants, system integrators, end users and other interest groups that wish to participate in ONVIF activities.

Avigilon has committed to build its solutions on an open platform, giving users the flexibility to make the most of their existing resources and investments. Avigilon designs many of its products to meet open standards for easy interoperability with third-party software and hardware.

Avigilon hardware such as its Artificial Intelligence (AI) Network Video Recorder (NVR) and the Avigilon Edge Appliance comes installed with its video management software (VMS) Avigilon Control Center (ACC) and they can be used with third-party cameras. In this way the power of the ACC VMS can be utilised and in the case of the AI NVR it will actually add the analytics capability to easily search for people and objects to those cameras.

This means you can make your security systems more integrated so that you can control those systems from a single platform. This includes integrating the ACC software with third-party systems such as access control software, central stations and physical security information management systems.

ONVIF members are therefore committed to standardising their IP-based products so that software and hardware from different manufacturers can be used and it is easier for users to upgrade. However, manufacturers, like Avigilon which is owned by Motorola Solutions, will still protect their intellectual property through the use of patents and ONVIF needs to follow the US regulations to protect its reputation and the intellectual property of its other members.

Spotlight on Chinese companies due to human rights concerns

Like in the UK, concerns about the Chinese CCTV companies have intensified because of the spotlight on HikVision and Dahua Technology in relation to the use of their cameras in surveillance in the Xinjiang Uyghur Autonomous Region of China. US-based CCTV online research and news publication, IVPM’s, reporting demonstrates the lively debate about these companies that continues within the US.

Meanwhile, a report by British MPs last year and the judgment of the Uyghur Tribunal published in December found that the Chinese government had committed human rights abuses against the Uyghur and they had been subject to CCTV surveillance. The MPs recommended that the companies “should not be permitted to operate within the UK”.

Additionally, the Biometrics and Surveillance Commissioner Professor Fraser Sampson has welcomed proposed government measures that would allow the public sector to more easily exclude suppliers linked with modern slavery and human rights violations when making procurements. In the Commissioner’s correspondence with HikVision, the company has said it ” fully embraces and has implemented the foundational and operational principles laid out in the U.N. Guiding Principles of Business and Human Rights.” The company claims it was not aware of the human rights abuses that were taking place in Xinjiang and said this was backed up by an independent investigation.

Ecl-ips is committed to high standards and good cybersecurity

We are NSI Gold accredited as well as IASME Governance Standard and Cyber Essentials Certified. This demonstrates to customers not only do we install CCTV of the highest quality to the best standard we also have a high level of cyber security; are taking good steps to properly protect our customers’ information and thus are meeting the latest data protection rules.

We have always believed in providing the highest quality security solutions, that also meet the data protection requirements for CCTV systems, and take the time to look at the options available which is why we have been partnered with Avigilon for the long term. We can offer a seven-day free trial of the Avigilon system which will show how it can transform your surveillance and safeguarding capabilities. Please get in touch to find out more.