We can provide the advanced Motorola solution 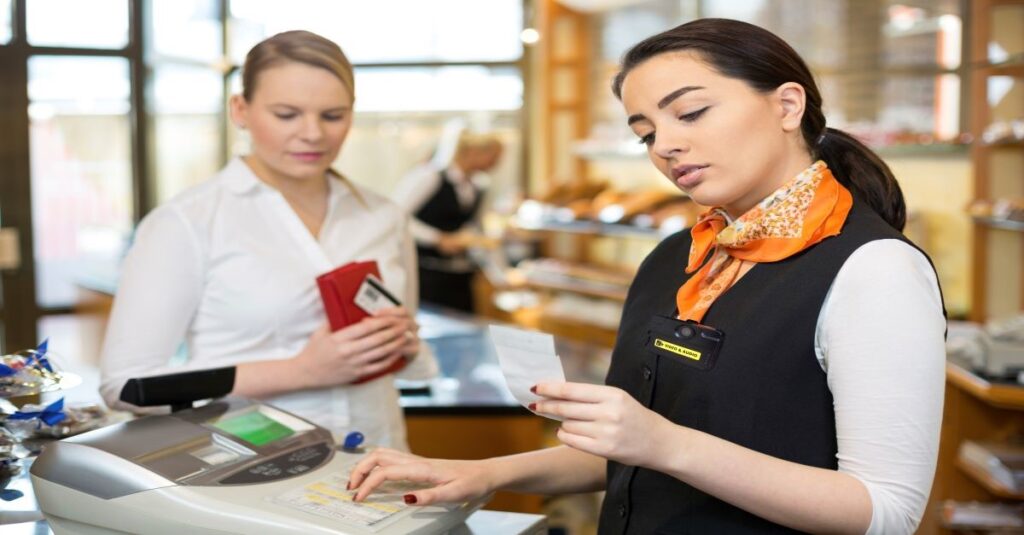 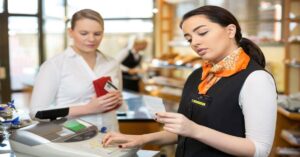 Several studies have shown that there has been a rise in abuse and violence against staff in the retail and hospitality sectors, and other customer-facing staff in recent years. As a result, employers have taken action to protect staff which includes CCTV, and increasingly, body-worn cameras.

The Institute of Customer Service, which provides standards and guidance for all sectors that have customer-facing staff, launched its Service with Respect campaign in 2020. Its study across a range of industry sectors: retail, train guards, engineers, hospitality and call centre staff, revealed that over 60% have faced hostility during 2021 ranging from shouting and swearing to racial abuse, death threats, spitting and physical attacks. This led to the Institute writing an open letter calling on government to provide more protection for customer-facing workers.

Meanwhile, as reported in a previous blog, the 2022 British Retail Consortium’s Crime Survey, published in May, showed that the number of incidents of retail workers facing violence and abuse from customers rose significantly between April 1 2020 to March 31 2021.

During this time government restrictions brought in due to the Coronavirus (COVID 19) pandemic meant retailers, unless they were deemed essential, were forced to close for quite long periods of time. Despite this, violent and abusive incidents against retail staff almost tripled from 455 per day in 2019/20 to 1,301 in 2020/21.

The trades union, Usdaw, has conducted its own survey of shop workers since 2007 as part of its campaign to end violence and abuse against retail workers, Freedom from Fear. During 2020 and 2021 these were online surveys, due to the restrictions of the COVID pandemic. The latest survey results were based on 3,464 responses received between July and December 2021.

These results showed that the high levels of abuse and violence recorded in the 2020 survey were actually exceeded in 2021. Nine out of 10 workers reported verbal abuse; 64% received threats of violence and 12% were physically assaulted during the year. In 2020 the figures were 89% abused, 60% threatened and 9% physically attacked.

The campaigning by employer organisations and trades union resulted in the amendment to the Police, Crime, Sentencing and Courts Act which created a statutory aggravating factor to assaults committed against those “providing a public service or performing a public duty”. Similarly, Scotland introduced a specific offence for violence and abuse against retail workers last year.

Since then, the organisations have been working to encourage police forces to take the concerns about crime among retailers seriously. As part of this work the BRC, along with over 100 retail chief executives and industry leaders, wrote to Police and Crime Commissioners (PCCs) in England and Wales calling on them to prioritise retail crime.

The letter asked PCCs to support the amendment to the Police, Crime, Sentencing and Courts Act by ensuring it is ‘properly and widely used.’

Responding to the letter, PCC for Hampshire and the Isle of Wight Donna Jones said: “Retail workers go above and beyond to keep their customers and colleagues safe. I know locally that businesses have adopted various crime prevention initiatives to ensure they can protect their buildings, products and each other from burglary, theft and assault, however as this letter outlines, they need more support from the police.

“Response and investigation is so important, but prevention is also key. My office funds projects that look to reduce re-offending with prolific offenders, like shoplifters, to bring about long-lasting solutions to crime reduction. The projects also address drug and alcohol dependency which can be drivers of these crimes.

“Retail workers are often on the front line of abuse; they are in public-facing roles and require more support when it comes to assaults or verbal attacks. I’ll be monitoring how the new sentencing guidelines are used and the impact on violence and abuse against retail workers locally.”

The 2021 Usdaw survey found that demand among retail staff body-worn cameras had grown compared to the previous year as more workers had seen them in use in other settings. Body worn cameras are already deployed by a number of British companies including pub chain Wetherspoon, the food retailer Co-op and health and beauty chain, Boots.

Boots reported in August this year, that following an initial pilot in 83 stores, the body worn cameras reduced the number of incidents involving violence and aggression towards its team members. In Birmingham for example, Boots stores in the Safer City programme area had seen a 68% reduction in incidents. The retailer announced it was rolling out the body-worn cameras to an additional 225 UK stores.

Boots said the introduction of more body cameras across its stores was part of a wider initiative to support its team members and prevent incidents of retail crime in its stores. It also introduced additional panic alarms, a CCTV Monitoring Centre unit and headsets for its team members to allow faster communication across its largest stores. The action by Boots shows that body-worn cameras are a positive way to show that as an employer you do care about supporting them and can take action if they are actually abused or threatened.

If companies in the retail and hospitality sectors want to meet the demand from front-line staff for extra protection, the lightweight Motorola VT100 body-worn camera could be the answer. The camera is a small, unobtrusive device specifically designed for customer-facing teams and the company said the camera has proven to deter public aggression towards workers while capturing evidential footage when necessary.

In addition to recording interactions, the cameras provide an added sense of security to those wearing them, knowing that help is at hand with the push of a button. In order to provide reassurance customers, the front tag can include a company logo and brand colours to make the VT100 an integral part of the staff uniform.

It can be used by any customer-facing staff who may find themselves in challenging situations or confrontational incidents with the public. At a quick touch of a button, they can ensure that the camera is capturing the abusive or violent events.

Additionally, if shop or bar owners, for example, have employed security guards to protect their retail space or hospitality venue we can offer the more robust Motorola Solutions VB400 body-worn camera for them. Security professionals may also be subject to abuse from customers or members of the public and feel unsafe.

This body-worn camera is built with a toughened exterior that has been tested to military standards. The large central button and robust side switch are positioned for easy operation, even when wearing gloves.

These cameras can be operated with Motorola’s VideoManager software to provide an intuitive and fully customisable experience for gaining evidence, device and user management.

The cameras can also be integrated with the video management software, Avigilon Control Center 7, which means activation of recording will generate a motion start event and display the camera’s live video feed. This footage can be used alongside a building’s fixed CCTV system to provide information about a situation. This can be used at the time to provide appropriate assistance to staff or when evidence gathering about an incident.

If you operate in the hospitality or retail sector and want to know more about the body-worn cameras and how we can help you protect your customer-facing staff with a range of security solutions, please contact us.