Security and crime prevention: How we can help the retail sector 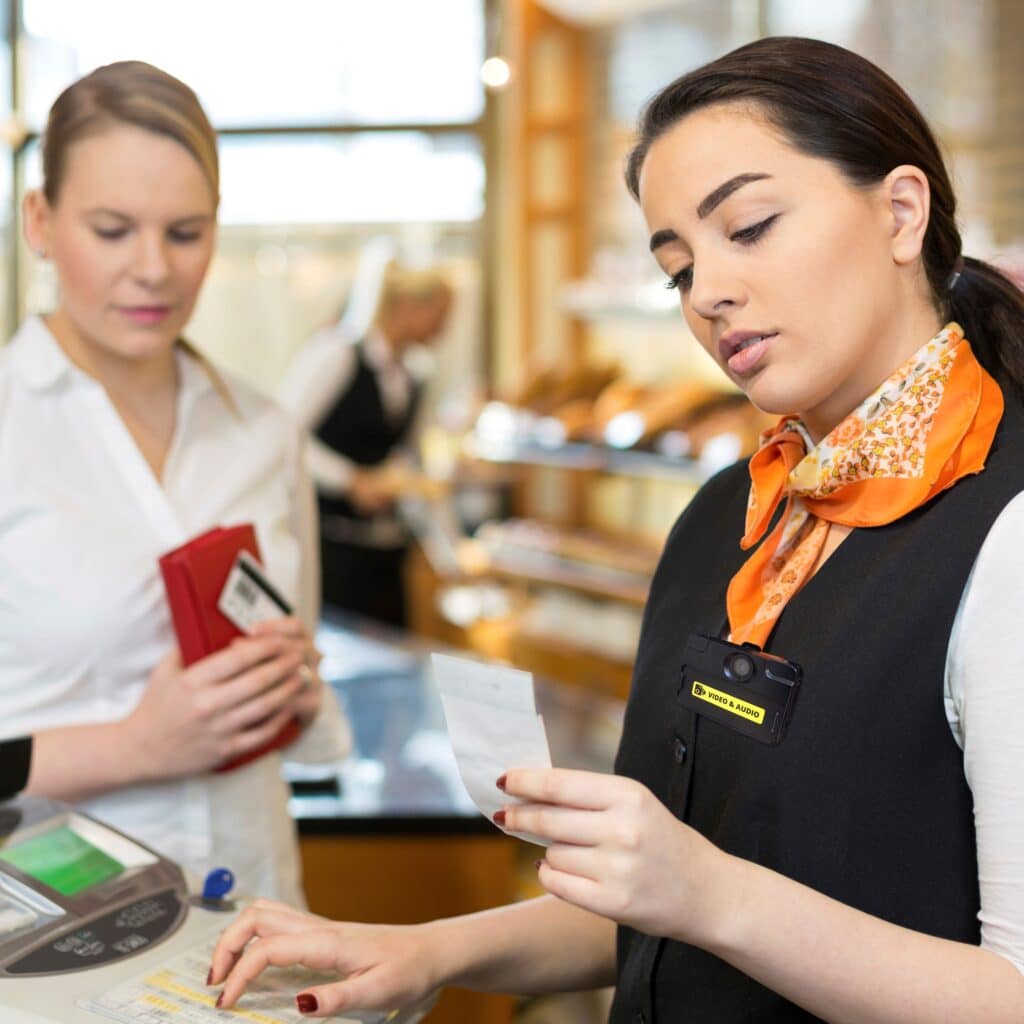 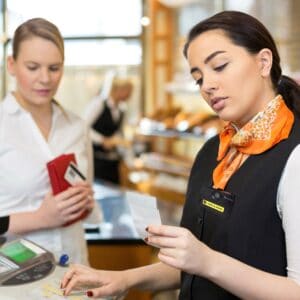 The retail sector  requires staff that are able to deal with customers, solve their problems and feel a sense of achievement when they have done that and made a sale. However, a report last year by MPs on the House of Commons Home Affairs Committee stated that “violence and abuse towards those working in the retail environment is becoming endemic in British society.”

High level of attacks and abuse of retail staff

This conclusion is backed up by the 2022 British Retail Consortium’s Crime Survey, published in May, which showed that the number of incidents of retail workers facing violence and abuse from customers rose significantly between April 1 2020 to March 31 2021.

During this time government restrictions brought in due to the Coronavirus (COVID 19) pandemic meant many retailers were forced to close for quite long periods of time. Food retailers, meanwhile, that were kept open as they provided essential services were under extreme pressure at the beginning of the pandemic with shoppers stockpiling items and being subject to social distancing requirements. They then had continuing pressure with the introduction of rules mandating the wearing of face coverings.

Despite the restricted numbers of shops open the survey found that violent and abusive incidents against retail staff almost tripled from 455 per day in 2019/20 to 1,301 in 2020/21. The survey also found that while incidents of violence and abuse soared, only 4% of incidents resulted in a prosecution, findings which could explain why three-in-five respondents described the police response to incidents as ‘poor’ or ‘very poor’.

The BRC said in addition to shopworkers suffering an emotional and physical impact from crime the total cost of retail crime stood at £1.5 billion, with £663 million lost to customer theft and £715 million spent on crime prevention.

The amount spent on crime prevention by small retailers has risen according to the ACS surveys. In the 2021 survey £174m was invested in crime prevention with the top areas of spending being CCTV, security staff and then intruder alarms. This amounted to a £3,724 spend on average for each store. In the 2022 survey this figure had risen to £5,000 per store and £246m in total. Security staff became the top area of investment, followed by CCTV and intruder alarms.

Chris Noice, Communications Director at ACS said that its members were telling them that the cost of investment in crime prevention itself is on the rise, with staff shortages in the security sector and the global chip shortage pushing up the cost of making a store secure.

The BRC and the ACS have welcomed the government’s action last December when it introduced an amendment to the Police, Crime, Sentencing and Courts Bill which created a statutory aggravating factor to assaults committed against those “providing a public service or performing a public duty”. Similarly, Scotland introduced a specific offence for violence and abuse against retail workers last year.

The BRC and the ACS are now working with Police and Crime Commissioners across England and Wales to raise awareness of the new aggravated offence and to advocate for retail crime having a higher priority in local policing strategies. To encourage action the BRC, along with over 100 retail CEOs and industry leaders, have written to the 43 Commissioners, calling on them to prioritise retail crime. Copies were sent to the Policing and Crime Minister, the shopworkers union, USDAW, and the Association of Police and Crime Commissioners. Meanwhile the ACS has said that its work with the police, trade unions, retailers and shopworkers had already brought improvements.

As a specialist in CCTV and intruder alarm systems Ecl-ips is able to support the retail sector. Our solutions will help deter crime, whether abuse against staff or theft, as well as enabling retailers to collect the evidence that could lead to an arrest when they report the crime to police.

If you are a retailer and want to support your staff, we can offer the lightweight Motorola Solutions VT100 body-worn camera. The camera has proven to deter public aggression towards workers while capturing evidential footage when necessary.

It can be used by security staff or those working on the shop floor who may find themselves in challenging situations or confrontational incidents with the public. At a quick touch of a button retail staff can ensure that the camera is capturing the abusive or violent events.

The camera will integrate into your existing CCTV system and by activating the camera, you can generate a notification within your video management software that will allow security staff or others to intervene and take immediate action if necessary. With its Wi-Fi streaming capabilities, the VT100 can record and stream for up to 1.5 hours on a single charge.

This feature gives staff an added sense of security to those wearing them, knowing that help is at hand with the push of a button. In order to provide reassurance to customers, the front tag can include your logo and brand colours to make the VT100 an integral part of your staff uniform.

The body-worn camera is intuitive to operate, simple to manage and has a long battery standby. Video is secured on the VT100 to protect the integrity of your footage and support data protection compliance. Ecl-ips has tested the camera and produced this video to help you operate it.

For security guards working in the retail sector there is also a more robust body-worn camera, the VB400 available. This camera is able to withstand a range of weather conditions including rain, snow and dust. This means they will mean they will work whatever the situation. The large central button and robust side switch are positioned for easy operation, even when wearing gloves. Security guards are often the people who have to confront those that are suspected of shoplifting so having the ability to record difficult situations will also help them collect evidence and get support from colleagues if needed. 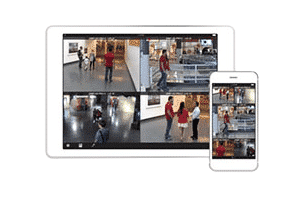 Properly-placed CCTV cameras that capture high quality images combined with an advanced video management software that means footage can be accessed easily and can help catch criminals and provide evidence of shoplifting within the retail sector. Good signage of the CCTV is useful to provide an additional deterrent as well as being necessary for data protection purposes.

A good layout of a shop also helps to deter criminals when combined with the CCTV which will capture parts of the store that staff at the till cannot easily see. Having a screen showing that people are being filmed can strengthen the deterrent.

We are well-established partners of Avigilon which has a wide range of cameras that will meet the needs of the retail sector. Its Avigilon Control Center (ACC) software boasts advanced video analytics, which means you can search easily for footage, as well as for people and vehicles using its appearance search capabilities. You can manage your CCTV system even more easily using Avigilon Cloud Services and the ACC Mobile 3 app which means you can keep track of your recording wherever you are if you have an internet connection. This would be particularly useful for small retailers. 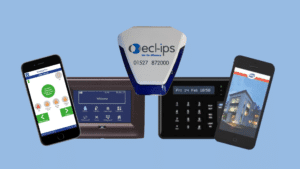 Intruder alarms are a first line of defence against break-ins in shops and can be a deterrent to criminals. We offer advanced intruder alarm systems from Orisec or HKC which allow you to manage your system via an app. This means you can set and unset the alarm and restrict where the alarm is set by isolating zones within your property.

For the retail sector remote monitoring is advised, and this may be a requirement of your insurance company. Remote monitoring is provided by our Alarm Receiving Centre (ARC) which can monitor your CCTV, as well as intruder alarms, if required. Our ARC will receive an activation signal if your intruder alarm is triggered. The monitoring team carefully filter activations to sort which alerts are false alarms and which alarms require a police response.

We are an NSI (National Security Inspectorate) Gold-approved company which means we can be registered with the police in England and Wales and we can obtain a unique reference number (URN) from them for your premises. If you opt for a police response, we will notify our ARC of your URN enabling them to identify your premises if any alarms are triggered.

How Density Fog Generators can help in retail spaces

For retailers their stock is vital for the success of their business. If you have a burglary or attempted break-in you could be faced with thousands of pounds worth of losses, your assets will need replacing and there could be high repair costs. At the same time there will be a lot of time spent with police and your insurance company dealing with the aftermath of the incident.

Density Fog Generators provide active extra protection to retailers allowing you, or those managing your security, to take instant action when an intruder gets into your shop. The generators create thick fog within seconds that will stop intruders in their tracks so they are unable to get further inside your property to approach your stock. Instead, their only option will be to escape outside which will save you money from further attempts to find an point of entry and prevent them reaching your goods.

Density has developed a range of fog generators that will operate in all areas of the retail sector  from small convenience stores to large supermarkets and shopping malls. The video shows an installation we completed last year in a mobile phone shop.

The verbal and physical abuse suffered by retail staff is a worrying trend but like other aspects of crime faced by retailers we have solutions that could help.

We offer bespoke solutions for the retail sector and will work with you to provide options that are effective, but will also suit your budget. So, whether you are a small or large store owner or operate a chain of shops we are happy to help with your crime prevention needs. Please get in touch to find out more.